Invest Smartly in ICO: ICO Risks That You Need To Know

Blockchain is a democratized scheme — a time stamped array of irreversible record of information. It’s controlled by a group of workstations not held by any single entity. Its network has no central authority. Dealing with this new technology requires your awareness because you’re accountable for your actions. In this article, you’ll know the smart way to invest in ICO and the risks that you should be aware of.You as an InvestorBefore we go to the highlights, it’s essential to understand your goals and the resources available for you as an investor. Getting money for your business is fulfilling. You can embrace the new wave of digital technologies available. But, staying ahead of the curve is essential. For instance, Blockchain fundraising has put the entire world on a level playing field. Talent is correspondingly disseminated. Also, the crypto community can push things towards advancing. If you have the funds, it’s easy for you to take your business elsewhere. But, in the market, there’s a lot of competition. You must be prepared to sustain your business.In order for you not to compromise the success of your business, here are the ICO risks to watch out for:Hollow BusinessYou may not realize the risk you’re taking if you don’t thoroughly know the ICO that you’re getting into. It’s true that more than half of all the ICOs out there appear doubtful. According to experts’ note, “it’s too good to be true” if you can generate incredible profits as an investor within a few hours or days. That’s why technical knowledge is so necessary. What you can do is conduct a background check to ensure the fundamental legitimacy of a company.Beware of startups that promise to offer smart contracts, but will suddenly disappear. There have been numerous ICOs that were accused of fraud. For example, PayCoin and Gaw Miners were ICOs blamed for processing a Ponzi scheme. They sold various products for mining and contracts to 10,000 investors and were found deceitful. 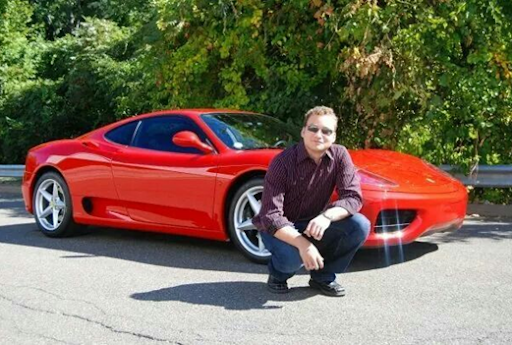 Mr. Garza during the climax of his career

One of the ICOs that quickly vanished after a few days of its existence is Confido. Its social media accounts have been obliterated, and its CEO can no longer be found. Good to know: As an investor, it’s vital that you ensure that your desired ICO has a firm anti-money-laundering strategy and dogma.

Organizing an ICO is a challenging task. There should be a regulatory system in place to prevent issues in the system. It’s a considerable preventive measure before it’s too late. When the attacker gained access to the email account of the ICO organizer, the credentials will be compromised. The attacker can reset the password for the ICO domain or web host to his advantage. Aside from this, the hijacker can also use the information on social networks. He can obtain text message information through social engineering techniques and darknet merchants. The possibility is he can sidestep the two-factor authentication.ICO organizers are aware that any mishap can occur during crowdsale. To deal with the issue or bug, there should be a way to control it. A good example is Zeppelin-solidity. It delivers a process with life cycle supervision interface that allows an emergency stop mechanism when an issue arises. It’s one of the best damage control tools to use in contract code with essential functions. Another key to halting advanced attacks is through Alerta monitoring system. It can watch unusual patterns in metrics including the following: Other ICO developers are maximizing the available free tools online such as ssllabs and utilities by Mozilla. These can scan the system regularly and ensure that the right SSL configurations are in place.Liabilities in Smart ContractsWhen there’s a lack of programmer expertise and inadequate source code analysis, these things could happen: How can you avoid these liabilities? You must be aware of the value of the tokens that you are collecting and where originated. To give you an idea, there’s a protocol standard that outlines specific rules and standards for distributing tokens on Ethereum’s network. It’s called ERC20, the legal token interface for digital wallets and cryptocurrency exchanges. In other words, if you contain specific functions in the token’s smart contract, you’re ERC20 compliant. If the necessary functions were not included, you’re not ERC20 obedient.Here are the benefits of ERC20 standard: Example of ERC20 token transaction:

Take note: For your convenience, you can easily make an ERC20 crypto-asset in an open-source project like EthereumWhat to Expect in a Legit ICOIt’s a legitimate ICO when the organizer ensures the following: One More Thing Before You GoTechnical knowledge about ICO is an essential aspect in dealing with cryptocurrencies. You must obtain in order to reap huge dividends in the Blockchain technology. Now that you know the ICO risks mentioned above, you become prepared to start your investment. If you’re still having a challenge in finding the right platform to start your business, choose the right system. There’s one that’s trusted by most successful investors — Bluebelt Asia. It consists of outstanding professionals in the fields of finance, Fintech, and web development. With its secure system, you’ll have confidence in every transaction that you’ll do.
Untitled Document